The answer may not surprise you.
Paid Ads 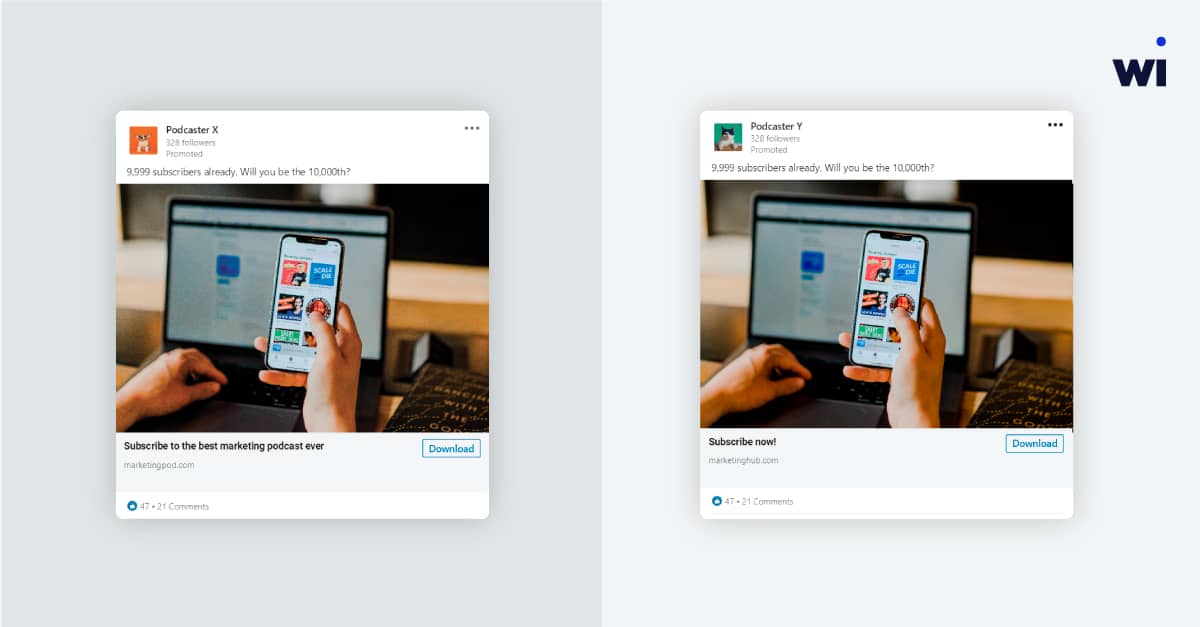 This is going to be a shorter post than usual. We might have stumbled upon something that not a lot of other people are talking about.

Trust me, I did my research (Narrator: He Googled). Among our marketing activities, we also run ads on LinkedIn to generate top of funnel leads. We had been wanting to try boosting posts for a long time, so we thought while we're starting a new campaign, why not create a variant of the ad as a boosted post.

Sponsored Content Ads can be in the form of single images, carousels, or videos. They appear in your feed to look like native posts, but they're labeled Promoted, the heading and description is customized, and they contain a CTA button. You can customize the caption, the text at the bottom of the image, and the CTA link.

A Boosted LinkedIn Page post can be created by clicking the Sponsor Now button above your LinkedIn post in your Page feed. You're then led to the Campaign Manager to set up the campaign. You can boost any post on your Company Page feed. However, you cannot include a Call-to-Action in the post. It's best to already have a link in the post. It appears in people's feed too alongside other posts, but it is labeled Promoted. There's no Call-to-Action button. Just a link, if it's already attached.

The Ads we ran

Both ads we ran link to our e-book page.

A short caption. A straightforward title. A simple CTA. A clean image.

Same image. A long form caption that tells a story. Link to the same page.

After running the 2 types of ads for more than a month, here's how they stacked up.

Boosted posts cost $8.63 less than sponsored content ads to get 1000 impressions. If visibility is your aim, boosting posts can be a great way to make sure more people see your ad. Plus, since boosted posts appear as native posts, more people interact with post. And the more people like and comment on a post, the more people get to see it.

LinkedIn Sponsored Content Ads have a smaller character limit than a LinkedIn Company Page post. So we went all in on the character limit. The longer caption became the main focus of the Boosted Post since the image used was the same. If you tell a gripping story in your caption and really give away value, there's a greater chance that people will read it and click on the link.

This isn't a perfect experiment. You'll notice that we didn't use the same ad, same title, same caption. A perfect experiment would just change one variable such as boosting a post vs creating an ad, while keeping all the others constant. And there's no control against which we can compare the experiment having a significantly different result than normal. So we cannot say with 100% confidence that it outperformed because of the long caption, or the fact that it is a boosted post and not a sponsored content ad. So, take it with a grain of salt.

Compared to other social media platforms, LinkedIn is fairly expensive to run ads on. As a small business, if you find the opportunity to save some extra dollars, you should take it. From our experience, it looks like you should definitely give boosted posts a shot.

Give me the latest news!

Want to know which social media posts saw the most engagement in your industry? Not sure why your social media strategy doesn’t work? Or simply looking for Marketing tips? Subscribe to our newsletter to receive updates on the content you care about.

Weekly social media post ideas & strategies from our consultants.
Thank you! Your submission has been received!
Oops! Something went wrong while submitting the form.
By clicking on “subscribe” you agree to Willow Privacy Policy

Inform your content strategy on LinkedIn with these tips. We took a step back and looked at our LinkedIn content and advice from experts to see what we could improve.
Personal Branding
│

Personal branding for solopreneurs: How to become top of mind

‘Doing it right' on LinkedIn has many perks. From growing awareness around your company to people actually buying your product or service - throughout the whole sales funnel there are infinite opportunities for entrepreneurs. And it doesn’t have to be a struggle, nor cost a lot of time.